skip to main | skip to sidebar

Hey guys, been a LONG TIME! Sorry, i had to start a bunch of other things, but i cant leave my old love out. So, without further ado, here is a BUNCH OF CRAP!!!!! 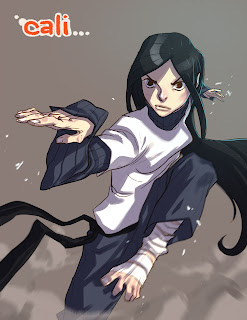 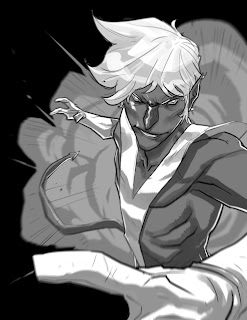 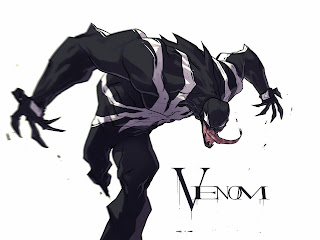 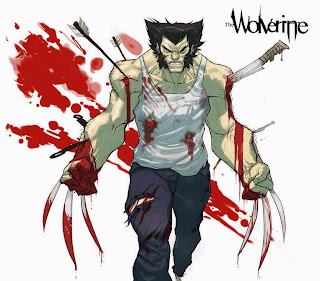 Hey guys, so the "BIG" announcement is that im doing my FIRST SOLO SKETCHBOOK! Thats right, my first, Hard cover, 64 (MORE?) pages of FULL COLORED, unseen art, sketches, unseen pin ups, as well as some of your favorite pieces from me. PLUS!!!!! 2 special sections of the book you will get to see my FIRST published storyboards, and cool special, never before seen sequence..... AND.....DUN DUN DUN A special 8 Page preview from the "HIM" graphic novel, plus concepts and designs from the upcoming book. SOOOO, what do you guys think?! More info coming soon, STAY TUNED FOLKS!!!!
Posted by Chris Copeland at 5/08/2013 03:15:00 AM 15 comments:

Things are looking serious! Lets rumble. SO this is the digital rough of a 2 page spread from my upcoming Book, "HIM". I am a bit of an over obsessor, so this (and pages like it done for each page in the book btw) page is an example of my "roughs" that i pencil over, and then i ink these. I know there is enough information there to just go right into Inks, but i like doing a few versions of my pages, especially seeing that i have the time with it being in my hands and on my schedule. Anyway, enjoy, i'll post maybe one of these every 2 months or so. We shall see. PEACE! 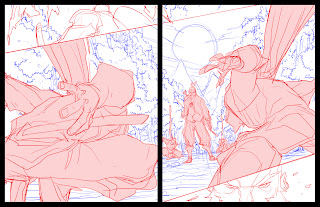 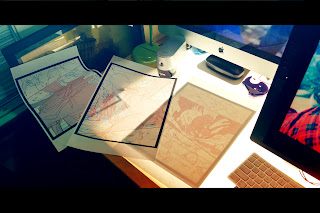 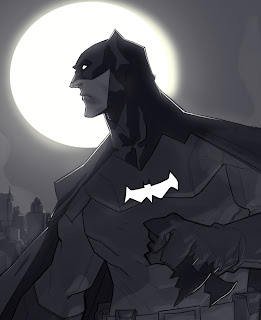 Hey, so i recently did my little versions of what i thought would be cool as some of the pivotal Batman characters, including the caped crusader himself. Nothing too special for Battyman, except for smaller ears on the cowl, and the glowing white bat on his chest, the bright white theme repeated on all 3 characters in fact. 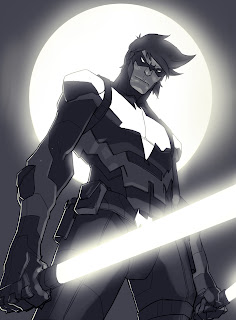 And then with Nightwing, i decided to keep the glowing going, and gave him light stick type of thingies. This idea was CLEARLY adopted from the Shanghai Batman cartoon (if you havent seen it, go see it NAOW!) just gave him some sort of bodysuit armor thing that i liked on him, other than that, nothing special really. 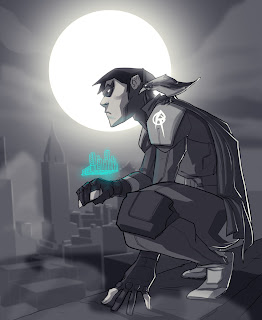 In my last (for now) piece for the trio, i present to you Robin. Nothing original with this one, just having fun with him, he's more like a recon, and that Rob(ot)in on his shoulder serves as a sort of MAV (micro air vehicle) it goes and spots out the scenarios secretly and quietly before he goes in, sending him blueprint layouts of the scenario allowing him to have a better idea of what is going down. Anyway, thats all, was fun, but now i needs to sleep, PEACE FOLKS!
Posted by Chris Copeland at 1/21/2013 11:25:00 PM 36 comments:

In the vein of a certain Unchained flick i suppose. Enjoy. 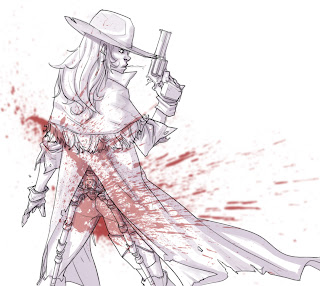 Some things...and some stuff.

YO! MORE STUFF! So in between work and family time and whatnot, i have managed to knock out a few pieces and work on things that i want to add to my artillery as far as skillsets. So here are a couple of pieces focusing on certain techniques. Hope all is well, ENJOY! 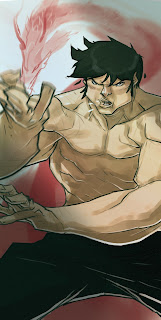 THis one was just working on more painting techniques, t'was a fun piece for sure. 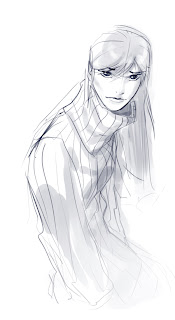 Hey all, sorry for the delay in postings...hello?, Hello? Anyway, for the remaining 7 of you that watch me, here is a pic for you! 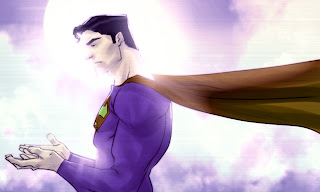 Hmm, i said i wouldn't do this, but here i am doing it. Not, i never said i wouldn't do a comic for Him, that was always the intent, but i said that i wouldn't do the teaser stuff, but i couldn't help it, and its been a minute since posting anything. Panel 4, been working on this seriously now for about 3-4 months. the original of this panel is going to a patient man that has been so patient with me and all of my craziness, for you bud! Anyway, because of my busy-ness, i am doing around 2-3 panels a week, lol. I know, slow, but its actually fast, i just do not have a lot of time to commit to it right now, hey, you know it'll look good at least, lol. Hope you guys are doing well, for the new watchers, WELCOME to the wonderful world of Him, a long journey that started way back, check my Deviantart gallery for more of that. ENJOY! Him is property of me.
Posted by Chris Copeland at 8/06/2012 12:40:00 PM 8 comments:

So iFanboy just announced the coming of the new "Avengers Assemble" series that will be taking place of The Avengers: EMH, and to commemorate this announce here is a piece i did of The Avengers FELLAS! (Widow coming soon). THis piece was done a while ago before i did some Storyboards for the new series, and as a peek into the flavor if how i will be handling the characters in my storyboards for the new series, i just wanted to wait to post it up. Hope you guys enjoy, and if you want to check out the article, here you go! http://ifanboy.com/articles/the-avengers-earths-mightiest-heroes-canceled-marvels-avengers-assemble-to-replace-it-in-2013/
Posted by Chris Copeland at 6/07/2012 06:19:00 PM 3 comments:

Commission for a friend of Supergirl, from the view of a villain that she just knocked out i think, lol. Im sure he knows what he is trying to see, lol. ENJOY! 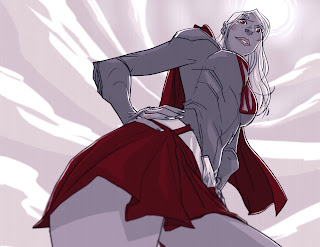 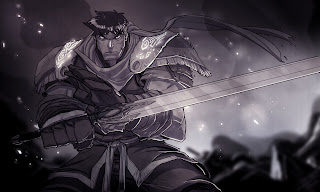 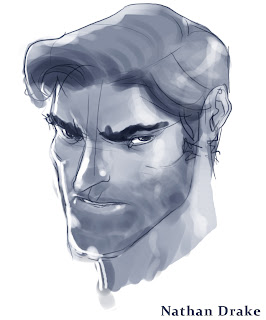 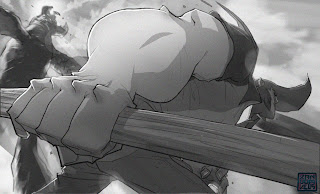 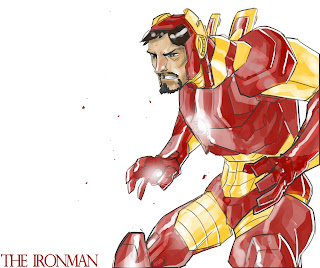 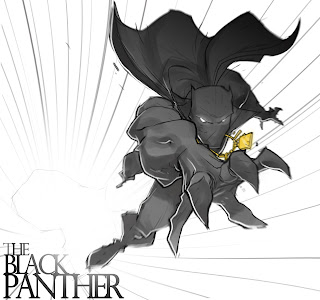 More for more for you!

More stuff! This is a character named Cali, and she belongs to the French monster www.kurunya.deviantart.com. She is so fun to draw it makes me sick. 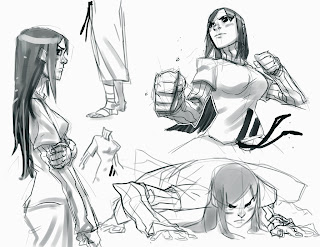 This is my original character abstractly called Him, just some studying of my own character, enjoy! 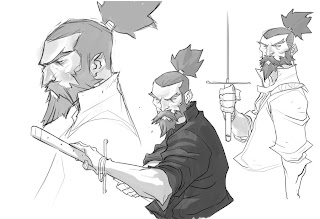 And this is my own version of The Iron Fist. 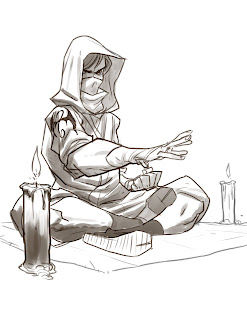 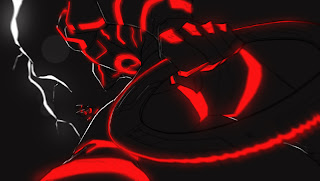 So over at www.satellitesoda.com they are having a Feb Draw a Day and i decided to join in. This is actually my second submission, but really my 7th drawing, enjoy!
Posted by Chris Copeland at 2/07/2012 04:54:00 PM No comments: 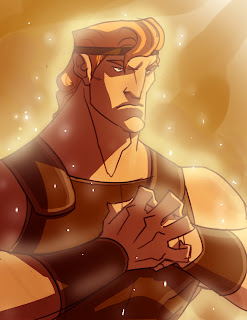 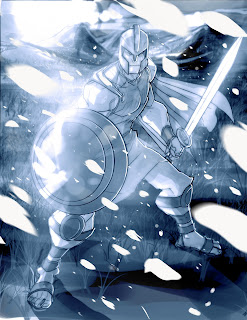 So , i was sitting at my Cintiq and just doodling, and my son started watchin Disney's Hercules(one of my favorites artistically) and i heard the line when the angry characters were talking to Herc earth dad, and his name was Anfitrion, and i was like "DOPE NAME, i should draw my version of that name"...and this is what came to be, HOPE YOU LIKES it was definitely fun.
Posted by Chris Copeland at 10/02/2011 03:21:00 PM 5 comments: 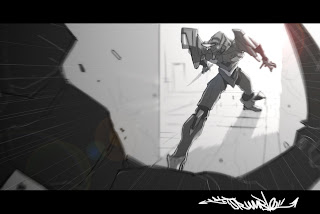 Chris Copeland
Burbank, California, United States
Storyboard artist at Cartoon network, i love art, music, life, and more than all of that, i love People!